My advice for 8-year-old dyslexic twins

A mother of two boys with dyslexia reached out to me recently.

Jade told me her sons, George and Albie, were struggling with schoolwork and were worried about the future. Eight-year-old George said he thought he was going to be ‘homeless’ because he had dyslexia which was a 'disease'.

As a dyslexic myself, I have long talked about how we need to look at dyslexia differently and encouraged people to consider the positive impacts it can have. It has helped me communicate clearly, see the big picture, solve problems more effectively and have a strong imagination. I wanted to share some thoughts and offer some hope to George and Albie.

During the boys’ school lesson on space, I popped up on the TV and explained to the class how Dyslexic Thinking had shaped my life and played such a huge role in the creation of Virgin Galactic, our own space flight business, and so many other companies.

My advice for 8-year-old twins with dyslexia who were worrying that they’d grow up to be homeless: https://t.co/RsqtVXsaCv #dyslexiaawarenessweek @madebydyslexia pic.twitter.com/vcBOdz5Pnj

Rather fittingly, my dyslexia made me stumble my words… but we had fun!

Throughout my career, dyslexia has allowed me to dream big and focus on the bigger picture – these things led me to register Virgin Galactic a whole 17 years before realising my childhood dream of flying to space. Many people thought I was mad – but I wouldn’t let go.

I’m pleased to say, both boys now recognise their dyslexia as a superpower, and are dreaming of joining us as Virgin Galactic astronauts in the future. 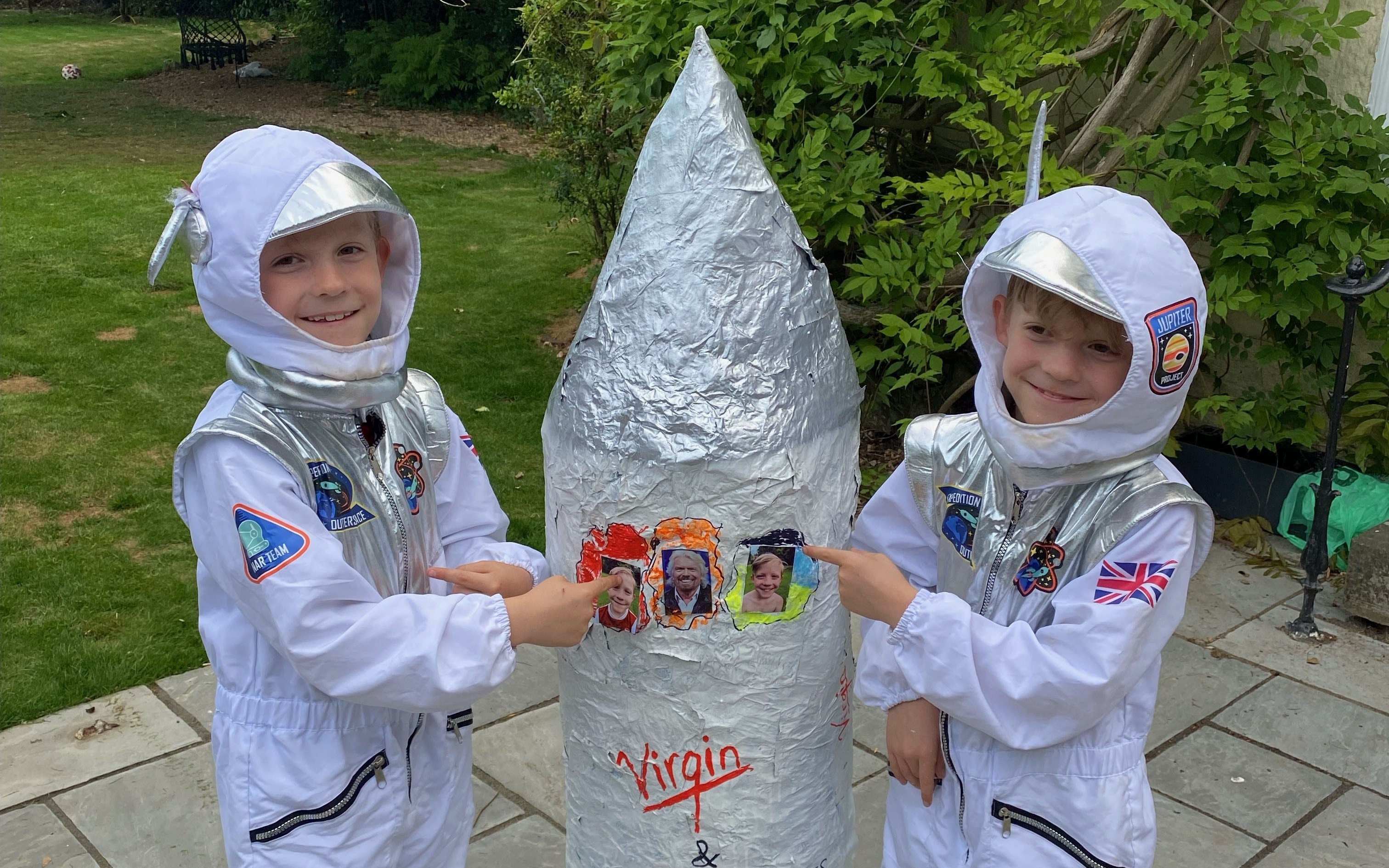 I hear from so many children struggling with self-esteem due to their dyslexia.

But I’m heartened to see the incredible shift happening as the world changes its mind on dyslexia. People are waking up and realising that dyslexia can unleash a whole range of hidden talents that can be hugely beneficial in the world of work - instead of a problem that will hold you back.

On World Dyslexia Day 2020, I shared a note of hope and encouragement for dyslexic students. I assured them dyslexia is a superpower that can take you to great heights. Thanks to the work of Made By Dyslexia and its supporters, the world has since taken big leaps forward in recognising dyslexia as a skill that can give you the edge.

At the beginning of this year, we collaborated with Made By Dyslexia and LinkedIn to make Dyslexic Thinking an official skill on the world’s largest professional network.

Within 48 hours we saw over 10,000 people join me in adding the Dyslexic Thinking skill to their profiles, across 24 languages. In addition, Dictionary.com added Dyslexic Thinking as an official term, recognising its strengths in creativity, problem-solving, and communication.

But we need to keep going.

Dyslexic Thinking is responsible for so much of Virgin’s success. It’s also played a major role in the invention of the lightbulb, the aeroplane, the creation of Mona Lisa, Mickey Mouse, and healthy school meals! Some of humankind’s greatest innovations were the work of dyslexics.

These cookies are going to make your experience on our site better, like the option to ‘Remember me’. They remember the choices you make and provide enhanced, more personal features by showing you content that we think you’ll be interested in.

If you want to know how you can support a child with dyslexia, Made By Dyslexia has an incredible range of free resources for parents and teachers on how to spot, support, and empower those with dyslexia. There are also tools for kids to help understand, value, and communicate their unique skills.

Of course, if you are dyslexic and haven’t yet joined me in adding the Dyslexic Thinking skill to your LinkedIn profile, do so with pride! And if you’re in a management position looking to recruit your next change-maker, remember this is a searchable skill. Why would you want a workforce of people who approach problems in the same way? 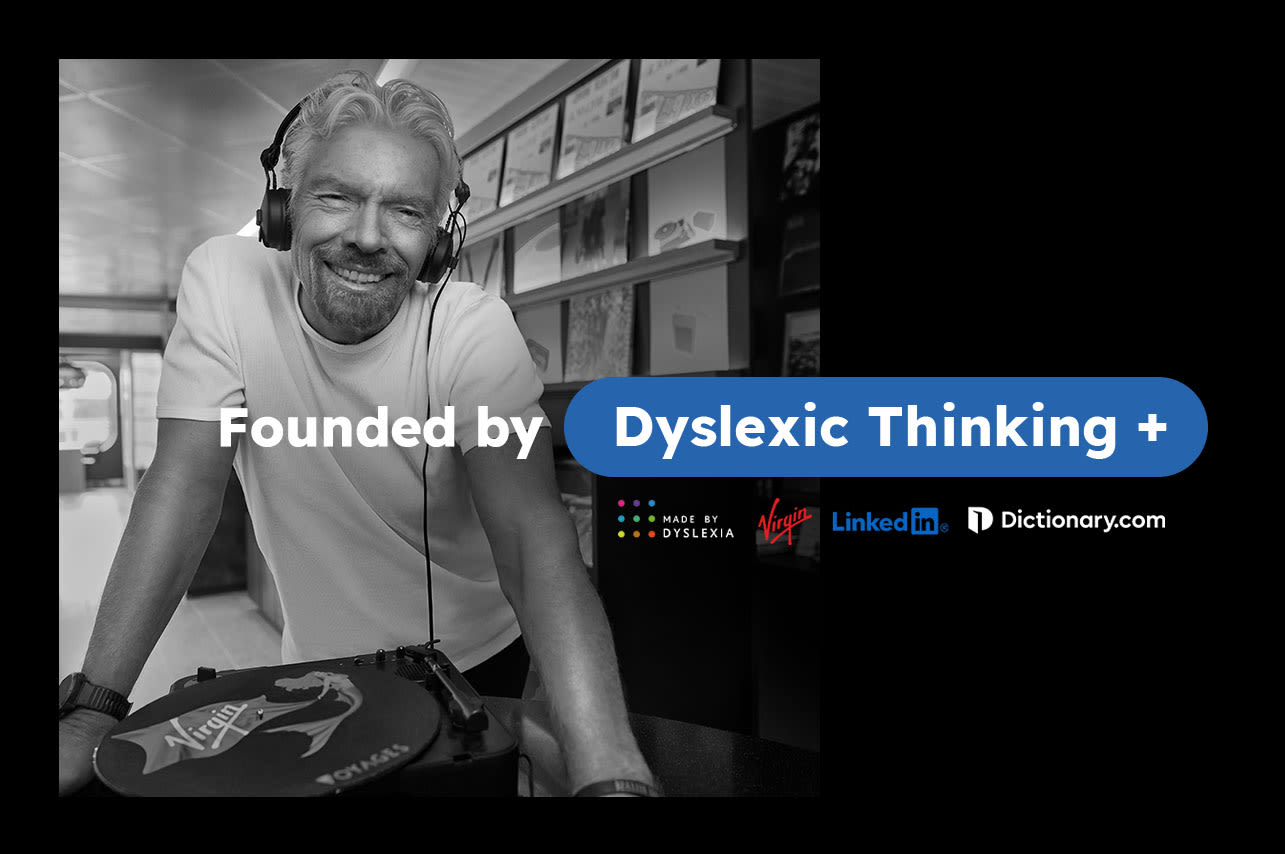 Redefining my dyslexia as a skill set gave me the freedom to pursue my dreams without barriers and recognise this unique way of thinking as a hidden superpower. Dyslexia Awareness Month is an important opportunity to create change, and I’m looking forward to the things Made By Dyslexia have in store for us. Watch this space…

Meet the dyslexic superheroes of Virgin

Working together to redefine Dyslexia

Surprising a young entrepreneur with Made By Dyslexia